Strips are great - little mini movies that you write, direct and sometimes star in.

My first one was called 'Capt. Leisure' and was for TVNZ's 'What Now?' kids' show. It was a '70's reaction to the technological tsunami heading our way. In it the hero saved the day through physical prowess ( mind you he rode a bionic sheep to get there!).

I did educational strips for an aid organisation in which historic and cultural shifts were portrayed but the ultimate strip for me was 'Cappuccino Dreams'. It ran for over a decade through the centre spread of Presto Arts Culture magazine and I had pretty much free rein as to its content.

Initially it was based around Christchurch's burgeoning cafe scene and spookily a strip from September 1997 dealt with the fault line which would ultimately hammer the city and kill the publication. 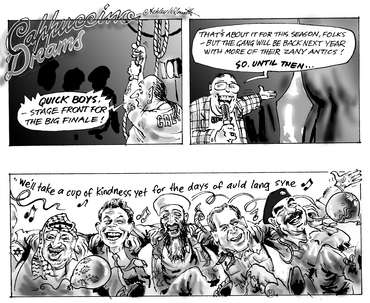 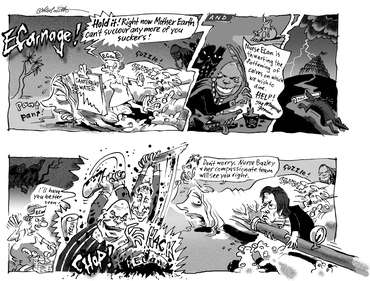 One of the last strips - dealing with Christchurch's fractured character politically and physically. 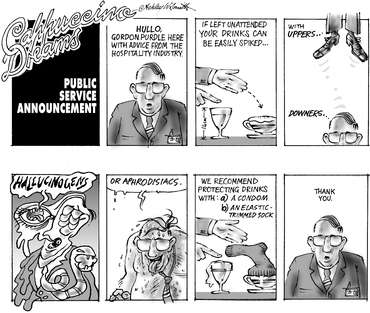 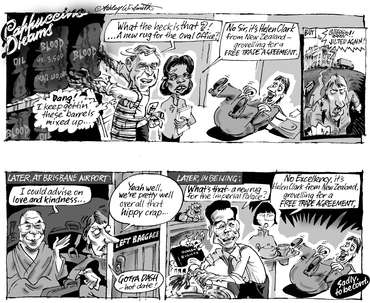 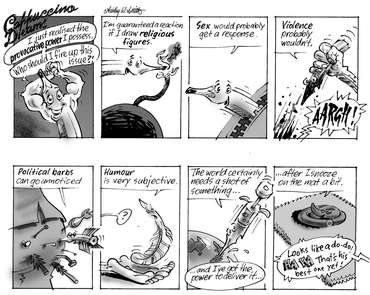 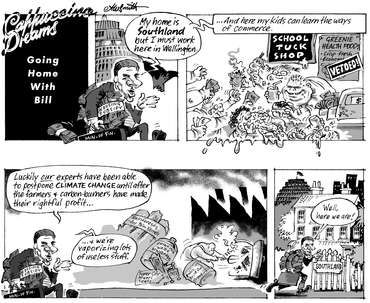 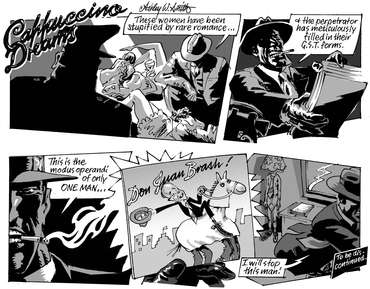 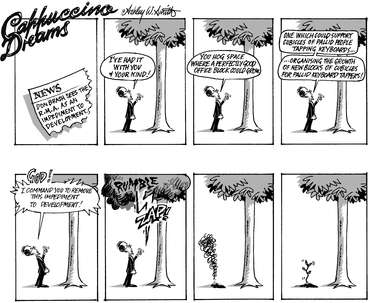