A limestone foot and a clay bust of Mr Kruschev are the most significant sculptural works to endure from my early years though a level of 3D construction ( or reduction!) has always run parallel to my painting. Lately in fact there's been some satisfying symbiosis where a theme which originated in a painting is further explored in a sculpture - and vice versa.

'The Aqua Enigma' was carved from a totara fencepost for a recent exhibition but the dominating sculptural medium by far during the past decade has been bronze.
My bronzes are cast using the lost wax method, often at an annual retreat in the Wairarapa. There for ten days we are based at a disused shearing shed, camping nearby and partaking in the increasingly dramatic processes! 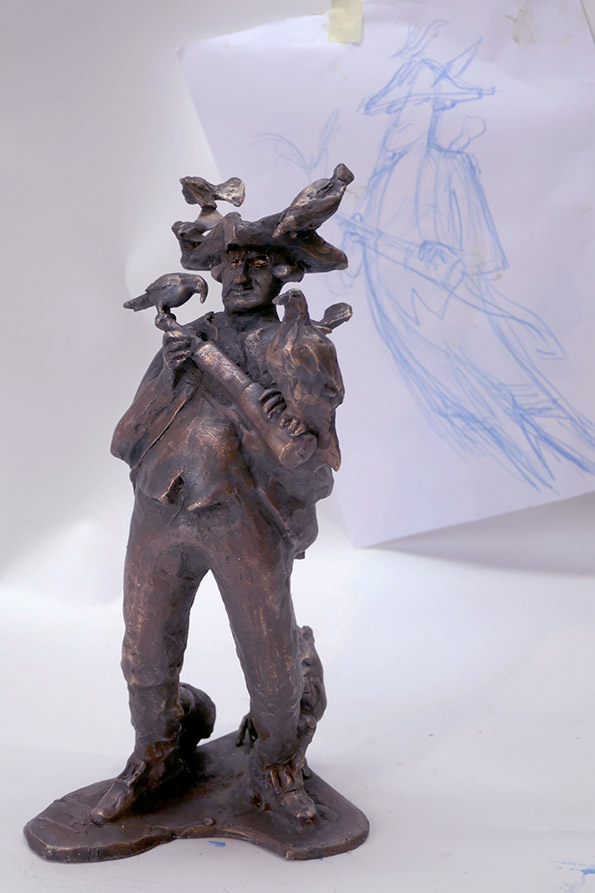 I'm starting to enjoy exploring the same theme
in different mediums.
This is a bronze extrapolation of last year's 'Birdland'
painting. ( See Winds of Change in the sidebar.)

In the background is the sketch I started sculpting from.Year2019

Based on a local glimpse
where I realised the conversationalists
formed a mirror image.

Her Personal Tempest or Old Lady being Attacked by Jellyfish

Actually, I think 'Localised Weather'
stops it seeming so depressing.

An exuberant tribute to '50's rock.

I dribbled wax on the master
to simulate the cloak texture
- hollow lamp-shade form.Year2016

Very pleased with this little guy.
Might pursue it further.Year2015

When I fine-tuned the wax for this
at the Puerto retreat, a lady sitting near me
recognised the physique as my own.Year2015 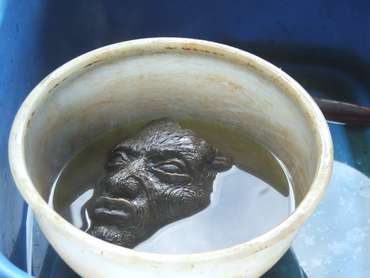 mounted on plinth
from old totara fence post,
washed up on beach.

Bronze - based on
a friend's predicament.Year2013 ...a couple of hacked and bashed
aluminium characters for a French show
years ago. ( bought by the gallery owner because
she was reminded of her first date.)Year2013 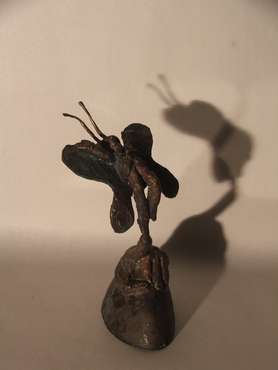 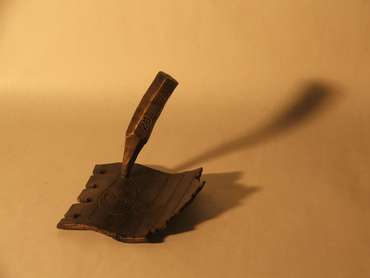 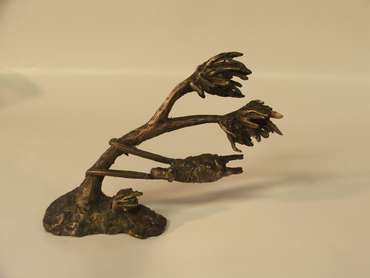 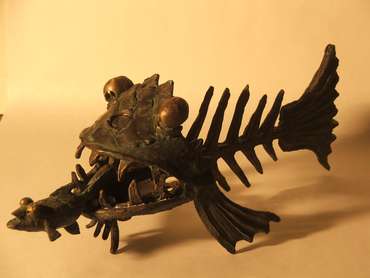